It is no longer how much I know about Christ but how much I am known by Him.

Last week I was with my friend Bill (who is an amazing anointed friend) talking about the new wine that Jesus spoke about in the Gospels.  The new wine is another way of referring to spiritual awakening or revival.

We both felt that the new wine of the  Spirit of God will be like nothing seen before, something that will change the way we think and do church. –  (I am becoming more bored when we talk about doing church, I prefer being church, it is not what we do but who we are)

Bill said that this new wine will require a faith that is childlike! That really got me thinking …

What does it mean to have a childlike faith?

We had the most amazing family holiday in Spain, in Benalmadena, we rented a beautiful apartment with a lovely swimming pool. This was a new adventure for us and  I didn’t know how my kids would react to their new environment! Was I looking forward to it? Yes! Did they cope ok with the change? Yes, they loved it. 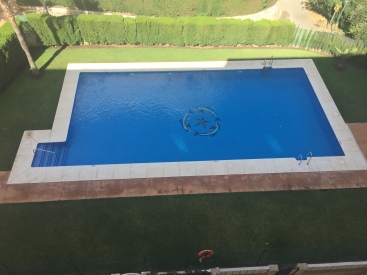 When we got to the swimming pool I said something like this: “I want you to swim but not in the deep end, so I can see you… and BE CAREFUL!

But by the time our holiday was over they were jumping into the deep end of the pool and shouting at me to get their attention “Dad, look what I can do!! Was I concerned? NO.

What happened in these 14 days?

They became familiar with their new environment.

They became better swimmers as they spent more time in the pool.

They were not afraid of the challenge and taking risks became normal.

They tried and tried… they did not give up, even though at times they swallowed water but that did not stop them. In fact it became part of their experience.

One day when it was a bit cloudy, my kids were the only ones in the pool.

Every day was an adventure and they have fun!

To trust and not be afraid of taking risks, faith.

To get into the deep places with God, intimacy

To learn to swim and become better at it in the water and not in a lecture hall, listening to someone who does not know how to swim but has good ideas as to how to swim!

Perseverance is one of our best teachers.

To take in the challenges and hardships, not letting them define you, your identity is in Christ.

To know that the Father is pleased with you and He trusts you to get deeper, in fact he wants you to.

To have fun and generosity.

To become familiar with His Presence. Worship.

It means that as a leader I am no longer a gate keeper but an enabler, allowing people to take risks! Did not Jesus say that He is with us always!

There is a great shift happening right now in preparing a new wine for a new  generation of disciples.

It is no longer how much I know about Christ but how much I am known by Him.

To be known by him means doing what he did, learning his language and his ways! That takes creativity and courage.

Last week I heard Will Hart saying that the Lord is calling us to dig new wells and not old ones!

Dario is a husband, father, pastor and passionate pursuer of Jesus and His Kingdom. He is a Pastor, loyal friend, and walks the walk when it comes to being a carrier of God’s presence. He expects things to happen when he prays for people. He loves having fun and eating olives (preferably at the same time).

This site uses Akismet to reduce spam. Learn how your comment data is processed.

Just lovely!
Lovely walk!
Cavehill this morning!!
Made it!
No se ofenda! Es cosa de aprender!
I am at Harry’s place for a small 😉lunch bite. What these guys are doing is so amazing and exciting. I am always praying and supporting our local business. Worth visiting open from Wed to Sunday.

Reflections of a Blue Collar Christian

A Word and Spirit Blog